🐶 Looking for software to help you run your pet business? Check out DoggieDashboard. It's 100% free for the first 10 pets you save in your database. 😺 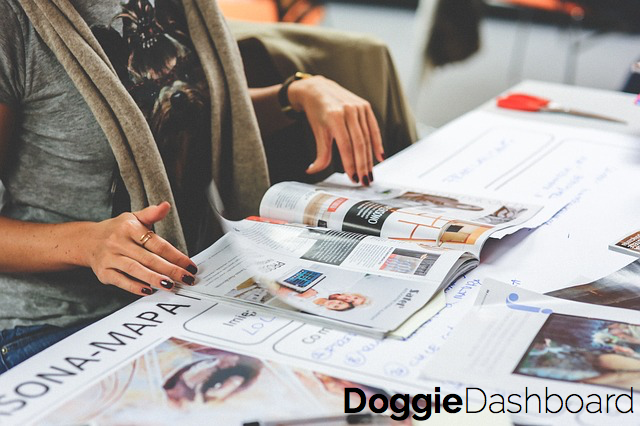 Courtesy of Pixabay.com
When doggie daycare owners think about marketing these days, they immediately think that they need to be doing Facebook sponsored posts and Instagram ads. There's a lot of research out there showing that Facebook ads don't have that good of an ROI. They're great for brand exposure for billion dollar companies that can spend $50,000/week on advertising. However, for the small pet boarding kennels out there that can't spend $50,000/week, let alone $500, it might be best to avoid the Facebook money pit. Print advertising, however, still works. Instead of blowing your entire advertising budget and just getting a bunch of clicks for your business, spend your money in print and see if you can't get some new customers.

Billboards have been a cornerstone of American advertising since its infancy, and there's a reason for this, they work! If you're located in a large city, renting a billboard might not be the cheapest option. However, if you're located in a city with less than 100,000 people, there's a good chance you'll be able to snag a billboard at a very decent rate. Make sure you do some research and create your customer radius map. Use this map to figure out advertising hotspots in your city. Once you have your hotspots figured out, do some scouting to find yourself a nice billboard in that area. You might as well be advertising where you're already somewhat popular. Try to find a good spot that gets a lot of foot traffic, and perhaps even pet walker traffic (near parks, etc).

There's nothing like a good guerrilla marketing campaign. They catch the eye of people and they usually get people thinking about your business. Now, we're not suggesting anything crazy for your campaign. For a start, you can simply create an attractive marketing flyer and then put them up around your city. There are hundreds of places in a city that allow you to put up flyers for free. You don't want to put them up illegally, because then people will get mad at your business for defacing public structures. However, you can put up a few flyers at the local grocery store, coffee shop, car dealership, local library bulletin board, Wal-Mart community board, just to name a few. I'm sure if you sat down and brainstormed with your marketing team, you'd come up with another 25 places in your city that would allow you to put up a flyer. The investment is quite minimal and the ROI could be huge.

3. Partner with Your Local Pet Shelter to Get Into their Monthly Newsletter

Chances are that there's an animal shelter in your city. Even a city as small as Chilton, Wisconsin has one. That said, head on over to the shelter and see if you can't make out an agreement where you become a sponsor of their newsletter in exchange for some publicity in their monthly mailer. Using the Chilton example above, you could have something like "The East Shore Humane Association Newsletter (Sponored by Pet Paws Daycare)". You get the idea. You're going to get your business name in front of current pet owners in your geographic area, as well as pet lovers that might be able to boost your word of mouth advertising. Either way, it's worth giving it a shot. As they say, you have nothing to lose.

🐶 Looking for software to help you run your pet business? Check out DoggieDashboard. It's 100% free for the first 10 pets you save in your database. 😺

Need tips for running your business? Check out the popular posts below or click here to visit the blog homepage.

Owing a dog kennel is the dream of many people. Some make it a reality, but it isn't all rainbows and cupcakes, it's hard work.

Getting new customers for your doggie daycare is hard work. Here are some tips to start getting more clients in your doors.

Are Doggie Daycares and Kennels Profitable? How to Calculate Pet Business Profitability

Thinking about opening a doggie daycare and wondering how much profit you can expect to make? Here's how to get started.

Any advice you'd like to give fellow pet businesses? If so, please leave it in the comments below.